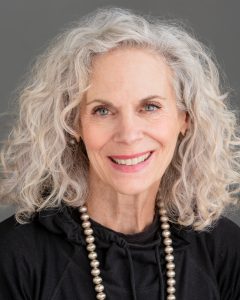 Dyana’s articles on environmental subjects and the culture of the American West have appeared in The New York Times, Audubon Magazine, American Heritage, High Country News, Harrowsmith Countrylife, Wilderness and many other publications. (under the byline Dyan Zaslowsky before 2004). In 1986 she was part of the High Country News reporting team that won the George Polk Award for Environmental Reporting.

In addition to her current writing projects, Dyana gives presentations based on her first book, These American Lands: Parks, Wilderness and The Public Lands.  When published in 1985, the writer Wallace Stegner called her book “the only indispensable narrative history of the public lands.” Within the context of this seldom-recounted history dating to the our nation’s birth, Dyana can engagingly tell the unique story of a portion of the public domain of interest to a particular audience.

In her talks to groups in towns near the White River National Forest in Colorado, for example, she speaks about the origins of this national forest. With 154 distinct national forests managed by the United States Forest Service on behalf of all of us, each unit has a unique history. Dyana’s ‘This Is Your Land’ presentations deepen local appreciation and strengthen the sense of public ownership of our natural estate. Ask your historical society, environmental group, local school or other organization to contact Dyana to arrange a presentation that tells the story of your land.

For more information about Dyana’s book:

Rosalie Edge, Hawk of Mercy: the Activist Who Saved Nature from the Conservationists, please visit: